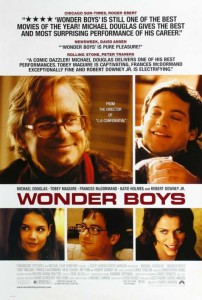 A rather warm but ultimately meandering tale of Michael Douglas as a college professor going through one crisis after another, Tobey Maguire as a creepy kid (again?!), and Robert Downey Jr. as an editor who seems to have a taste for transvestites. Though likable, Wonder Boys goes nowhere and nowhere slow. It carries the feel of a novel that was never intended to be brought onto the screen because of what it would lose in transition and it does. Douglas’ performance is sincere and syrupy but Wonder Boys is not a night out on the town.