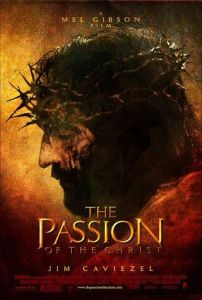 The Passion of the Christ is a retelling of the last 12 hours of Jesus Christ’s life (perhaps you’ve heard of him?). In these final hours we witness his betrayal at the hands of Judas, his trial by Jewish leaders, his sentencing by Pontius Pilate, his subsequent whippings and torture and finally his crucifixion. Throughout the film Jesus is tempted by Satan, who is pictured as a pasty figure in a black hood (kind of resembling Jeremy Irons from The Time Machine if anyone can remember). The Passion spares no expense to stage the most authentic portrayal of what Jesus of Nazareth endured in his final 12 hours of life.

For all the hullabaloo about being the most controversial film in years (and forgive me for even using the term “hullabaloo”), I can’t help but feel a smidgen of disappointment about the final product. The Passion is aptly passionate and full of striking images, beautiful photography and production values, and stirring performances all set to a rousing score. But what makes The Passion disappointing to me is the characters. You see, Mel Gibson’s epic does not devote any time to fleshing out the central characters. They are merely ciphers and the audience is expected to plug their feelings and opinions into these walking, bleeding symbols to give them life. Now, you could argue this is what religion is all about, but as far as a movie’s story goes it is weak. The Passion turns into a well-meaning and slick spectacle where character is not an issue. And as a spectacle The Passion is first-rate; the production is amazing and the violence is graphic and gasp-inducing. Do I think the majority of people will leave the theater moved and satisfied? Yes I do. But I can’t stop this nagging concern that The Passion was devoid of character and tried covering it up with enough violence to possibly twist its message into a Sunday school snuff film. 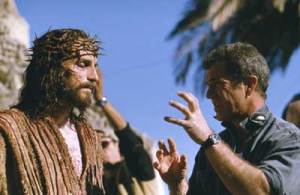 For my money, the best Biblical film is Martin Scorsese’s 1987 The Last Temptation of Christ (also a film mired in controversy). Last Temptation, unlike Gibson’s spectacle, was all about Jesus as a character and not simply as a physical martyr. Scorsese’s film dealt with a Christ consumed by doubt and fear and the frailties of being human. But the best part is the final 20 minutes when Jesus is tempted, by Satan, to step down from the cross and live out a normal life. Jesus walks away from the cross, marries Mary Magdalene, fathers children (this is where the controversy stemmed from but they were married) and dies at an old age. Jesus is then confronted by his aging apostles who chastise him for not living up to what he was supposed to do to save mankind. Jesus wakes up from the illusion and fulfills his mission and dies on the cross. Now, with the story of Last Temptation an audience has a greater appreciation for the sacrifice of Jesus because they witness his fears and they witness the normal life he forgoes to die for man’s sins. There is a sense of gravity about what Jesus is sacrificing.

With The Passion Gibson figures if he can build a sense of grand sacrifice by gruesomely portraying the tortures Jesus endured. Even if it is Jesus, and this may sound blasphemous, torturing a character to create sympathy and likeability is the weakest writing trick you can do. Yes Jesus suffered a lot, yes we should all be horrified and grateful, and yes people will likely be moved at the unrelenting violence he endured, but in regards to telling a story, I cannot feel as much for characters whose only characterization is their suffering. Sure, The Passion flashes back to some happier moments of Jesus’ life, which I like to call the Jesus Greatest Hits collection, but the movie does not show us who Jesus was, what he felt (beyond agonizing pain) or the turmoil he went through in finally deciding to give up his own life for people that despised him. The Passion is not about character but about spectacle.

So let’s talk about the violence now, shall we? Gibson’s camera lovingly lingers on the gut-churning, harrowing, merciless level of violence. But this is his only message. It’s like Gibson is standing behind the camera and saying to the audience, “You see what Jesus suffered? Do you feel bad now? FLAY HIM MORE! How about now?” What was only three sentences of description in the Gospels takes up ten minutes of flogging screen time. Mad Mel has the urge to scourge. After an insane amount of time spent watching Jesus get flayed and beaten the violence starts to not just kill whatever spiritual message Gibson may have had in mind, but the violence becomes the message. The Passion does give an audience a fair understanding of the physical torture Jesus was subjected to, but the movie does not display Christ as fully human, enjoying life and love, or fully divine. The only thing The Passion shows us about Jesus is that the son of God sure knew how to take a whuppin’. For Gibson, the violence is the message and the point is to witness what Jesus endured. Some would call that sadistic. 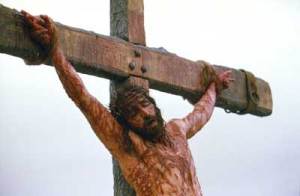 The actors all do a fine job and it’s impressive that everyones’ lines is in two dead languages (Latin and Aramaic, though for the life of me I can’t tell them apart). But the acting is limited because of the nature of the film. Had there been more moments of character the acting would come across better. As it stands, the acting in The Passion is relegated to looks of aguish or looks of horror, interspersed with weeping. Monica Bellucci (The Matrix sequels) really has nothing to do as Mary Magdalene but run around in the background a lot. Jim Caviezel (Frequency, Angel Eyes) gives everything he has in the mighty big shoes he tries to fill. It’s too bad that his Jesus spends most of the screen time being beaten, which kind of hampers his acting range.

Now let’s address the anti-Semitic concerns. Let’s face facts; you are not going to have a film about the crucifixion of Jesus and have some Jews coming off in a good light. Just as you would not have a film about the Holocaust and have some Germans coming off in a good light. It is unavoidable. The Passion does portray a handful of Jewish religious leaders as instigators for Jesus’ eventual crucifixion, but there are also Jewish leaders who denounce their actions and just as many people bemoaning the torture of Jesus as there are calling for it. Who really comes off looking bad are the Romans. Excluding the efforts to make Pilate look apprehensive, the Roman soldiers are always seen kicking, punching, whipping, spitting on Jesus and laughing manically with their yellow teeth. How anyone could watch The Passion and come away anti-Semitic and not anti-Italian is beyond me.

And like I said before, most people will be extremely satisfied with the film because it’s hard to find a person who doesn’t have an opinion on Jesus. Gibson is counting on audiences to walk in and fill in the holes of the character so that The Passion is more affecting. Gibson’s film is worthy spectacle, and despite the vacuum of character I did get choked up four separate times, mostly involving Jesus and his mother. The Passion is a well-made and well-intentioned film that will hit the right notes for many. I just wish there were more to it than spectacle. I really do.

Confessions of a Teenage Drama Queen (2004) 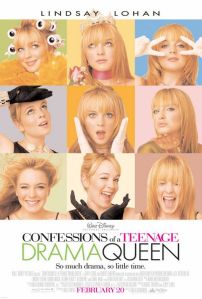 There was a glut of teen-oriented princess fantasy films in 2004 but none seemed as artificial, as simplistic, as transparent, and as dull as Confessions of a Teenage Drama Queen. Lindsey Lohan played Lola, a flamboyant new girl at school trying to fit in and find her way. This Disney confection aggressively spoon feeds its life lessons. You can successfully guess the entire plot of this trifle from the first second on. Confessions of a Teenage Drama Queen has a prolonged musical climax that’s a shameless ploy to set up Lohan as a pop singer and ensnare preteens into buying the soundtrack. When you get down to it and count the life lessons, simplicity, costume changes, and musical numbers, Confessions of a Teenage Drama Queen isn’t a movie, it’s an awards show patting itself on the back.