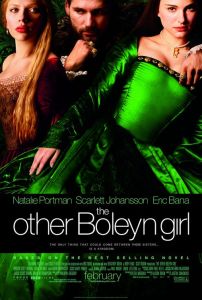 The story of Henry the Eighth and his many wives is a tale full of romance, danger, betrayal, and sweeping historical changes; it’s the most popular soap opera of its age. The 700-page book was naturally going to get slimmed down as a feature film, and The Other Boleyn Girl feels a bit too streamlined for all the heavy historical events that take place. The production values are all top-notch and the story has some juicy moments. It presents an intriguing angle by showcasing the conniving rivalry between the Boleyn sisters (Scarlett Johansson, Natalie Portman). The acting falls under that period film gravity where the actors all speak stately and enunciate every syllable slowly, like they were testing out the sound for the first time. Portman is especially fun in a villainous role. Eric Bana is completely at odds with history as Henry VIII, but I suppose it would be harder for modern audiences to accept young nubile ladies vying for the affection of a huge, ugly man with a leg of mutton in his grip. 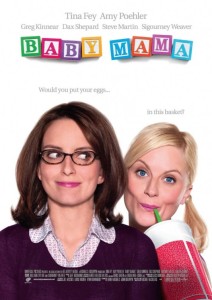 2008 is becoming a year dominated by Tina Fey. She won three Emmys for her Best Comedy TV series 30 Rock, including writing and acting, and her dead-on portrayal of vice presidential candidate Sarah Palin has branded the public perception of this political figure. Baby Mama is a mildly entertaining comedy that works because of the finely honed chemistry between Fey and her former Saturday Night Live co-star, Amy Poehler. The movie is at its best when these two women can play off one another. The banter isn’t laugh-out-loud funny but provokes plenty of smiles and chuckles. The movie goes in an unforeseen direction in the third act that attempts to raise the stakes through drama, but it feels like a disappointing direction for what is essentially a female buddy comedy. The jokes flow at a steady pace and the movie has a great supporting cast of big names that know how to leave their mark, like Steve Martin as a daffy New Age CEO and Sigourney Weaver as a amazingly fertile boss.