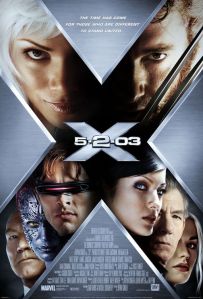 Rollicking entertainment until they reach the dam and things get really bogged down. However, still the action film to beat this year. I heart Bryan Cox. X-Men 2 shows the promise of the X-Men world after the somewhat dull first film. Thank God we got the jumping point out of the way because now we can have fun with these characters and their world. And X-Men 2 is great fun. This is how sequels should be.