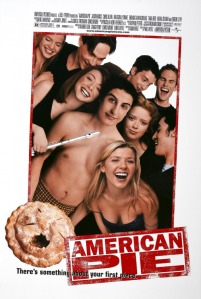 I may be a lone voice in a sea of opposition but I’ll say that I really didn’t laugh much at this latest teen sex romp. I wanted to laugh more than I did, oh I did, but it never really transpired. The movie throws together out of place gross-out gags and false sentimentality. The entire thing was predictable and for the most part stale. I may be over-analyzing a teen sex comedy, but that’s what I had to do with the time where I wasn’t laughing. The creators of this seem to imply that gals who don’t put out aren’t worthwhile or even cool. I could never feel for any of the characters or relate because they were all so shallow. There are some humorous scenes in this flick but they are few and far between. Many of the jokes just fall flat. Overall I could say I was greatly disappointed with American Pie and hope that the most innovative joke in the next teen sex comedy isn’t played to death in commercials and turned into a tagline. Are you listening Universal marketing team?