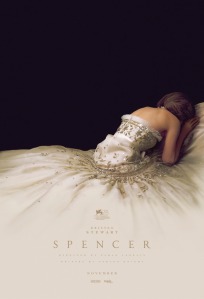 People have been fascinated by Princess Diana since her storybook ascent from ordinary woman to being princess of England. Her 1981 wedding was watched by over 750 million people worldwide. It seemed like a dream come true, a childhood wish to be chosen from obscurity by a prince and elevated into a privileged world of wealth and power. Except Diana Spencer’s real experiences were far from a dream. Prince Charles continued seeing his real beloved, Camilla Parker Bowles, a divorced woman that the royal family had (allegedly) forbidden Charles from marrying. Diana pushed back against the overbearing influence of her powerful in-laws until her tragic end in 1997 fleeing from paparazzi in pursuit. She was a figure of fascination, idealization, and pity, and the question always remained how well anyone ever truly knew this woman on her terms.

Enter Chilean director Pablo Larrain, best known for 2016’s Jackie, which attempted to untangle another complicated woman in conflict with the ownership of her image and identity. Spencer is Lorrain’s latest is prime Oscar-bait as Kristen Stewart (Happiest Season) slips into playing the people’s princess during a fictionalized Christmas retreat with the royal family. 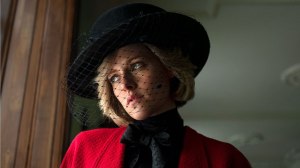 If you’re familiar with Jackie, and it’s a great movie that I would recommend, then Spencer feels very similar in subject and approach. I had to go back to my review of Jackie and I was stunned at how applicable several points of the review were for Spencer as well: “We’re left with an immersive, impressionistic look at America’s most famous first lady since it’s hard to distinguish the layers of performance from the woman herself. She was used to adopting the facade of what the public expected of her, how her husband’s friends looks at her with desire and dismissiveness, and the differences between her private life and her public persona. It’s a fascinating glimpse into the interior space of a famous woman that so many people think they know well because of her glamour and television appearances, but do they really?”

Wow is that still ever apt talking about Diana, a woman who is told to compartmentalize herself, to present one version of her to the public, the ravenous masses that all wanted a piece of her, and all have their own idealized version of her as princess, and another in private. The question arises how Diana can approach privacy inside her gilded cage. She’s living a life in the public sphere as a figurehead for a country’s monarchy, the mother of potential kings, and intense scrutiny both outside and within. The royals are formulated on tradition and ceremony and notably control. Things have always been this way and they’ll continue to be this way because they’ve always been this way. Diana’s life is micromanaged to an absurd degree, including which outfits she is to wear on which occasions, how much lead time is needed for family dinners, and even forcing Diana onto an archaic scale to be weighed before and after the holidays, because weight gain bespeaks a happy holiday in their opinion. Even before the royal family literally sews her bedroom curtains shut, denying Diana even a glimpse of the outside world they fear, you can relate to how much this people’s princess could feel like she was locked away in a tower.

The movie becomes a psychological ghost story of sorts, a woman stumbling through the rarefied halls of history and struggling to reclaim her own identity that she feels is slipping away until she cannot even recognize herself. The royals are extremely image conscious and any break from their rules is seen as a reflection of the crown and thus a repudiation of their influence. Diana is punished for having the audacity to change her dress in front of her bedroom window, never mind that the royal estate is vast. This is seen as careless attention-seeking, like Diana is courting the paparazzi to capture glimpses of her undressing. Her marriage to Charles is unhappy and coasting on ceremony and her adoration of her two children. Charles accuses her lateness as being a sign of Diana possibly having an affair. Never mind that Charles has been callously obvious about his own affair to the point that he even purchased his wife and mistress the same pearl necklace. Diana decides to wear the pearls in defiance, proving to Charles and his family that she doesn’t care and will hold her head high, but at dinner, the pearls become radioactive to her and she fumbles to rip them off, like they’re singing her skin. Diana’s options are small here and the performative gestures of defiance remind me of those period piece romances where flitting glances and a touch of fingers constitute romantic advances. For Diana, choosing to wear a different dress is rebellion. Keeping her curtains open is rebellion. Asking that her young son not go on a family hunt and kill pheasants is rebellion. It’s about recognizing the small acts and their symbolic meaning. 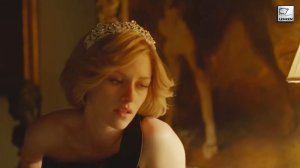 This is also a story of a woman’s declining mental and physical health. Her marriage was crumbling, she was resentful of the pressure of a family that would likely view her as an uncouth outsider undeserving of her attention and consideration. There was not a level of support for Diana, and besides her own children, her only real allies appear to be those representing the help at the massive Norfolk estate. Her best ally in the movie is Maggie (Sally Hawkins), a woman responsible for helping Diana dress herself. Maggie is her lone confidant, and when she is suddenly dismissed and replaced, Diana feels unmoored and betrayed when Charles tells her that Maggie said Diana was “cracking up.” Diana is also suffering from an eating disorder and self-harming and, given the constant pressure on her to perform and all the power she has lost in her position, it makes sense that she would lash out for some semblance of control, over her body, over something tangible and her own. The biggest flight of fancy is that Diana sees none other than Anne Boleyn traipsing the halls and staring back at her in sympathy, nodding at their common ground as scapegoats for philandering husbands.

While some have blanched at Stewart portraying Diana, I found the role to play to her strengths and she delivers a very good performance deserving of awards merit. Much of Diana as a character is internalized, communicated through layers of micro-emotions and gestures. She was private, guarded, and suspicious, not to mention going through tremendous mental strain, and this plays to Stewart’s ability to resemble much through her subtle expressions of discomfort. Her accent is near flawless and the performance feels deeply empathetic without amounting to a bland impersonation. Stewart feels like she’s barely holding it together as a woman going from one indignity to another, wanting to scream silently in every vacant room. Her speaking is very tremulous, almost as if she’s unsure of whether it’s safe to say every additional syllable. She’s most relaxed and warm during the moments with her children, which clearly have a curative and nourishing effect on Diana. The movie is about finding the actual person beneath the headlines, and from an outsider’s perspective it might be impossible. The empathetic script by Steven Knight (Eastern Promises) and the measured, evocative performance from Stewart reclaim a woman often portrayed as a saint or martyr.

The technical direction in the movie is outstanding, though very reminiscent in approach to Jackie. Lorrain prefers to tether his camera to his lead character, often seeing the encroaching spaces from Diana’s height and perspective, walking from room to room, and letting the studious and ornate production design provide the atmosphere of walking through, and against, thousands of years of history and tradition. The musical score by Johnny Greenwood (There Will Be Blood) is somber and eerie when it’s emphasizing cellos and strings and confused me when the brassy horn section came in, making me feel uncomfortable by the discordant musical elements. 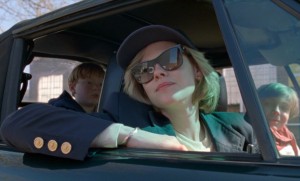 Spencer is a movie where every technical element is in service of a lead performance, and not all of Lorrain’s artistic choices seem to connect as smoothly. He’s already given himself an immersive, impressionistic template to start with that allows for plenty of artistic room, and the movie is filled with quiet moments and metaphors that can be unpacked by some and skipped over by others. The ongoing thread of Diana wanting to return to her boarded-up childhood home is something that feels like it’s meant to be much more meaningful than how it ultimately plays out. There are other symbols through, like a scarecrow or the biography of Ann Boleyn or Diana, during what I assume is a feverish dream, consuming the pearls of her necklace in bold defiance. I found Spencer to be an enjoyable though opaque character study with enough space and consideration to dig through the layers. It feels like a spiritual sister to Jackie but I was not captivated by Spencer like I was with Jackie, a movie that stayed with me for days. I can appreciate the nuance and artistry at play with Spencer but the movie can also feel at points like watching Princess Diana’s sad vacation video.