I Still Believe was one of the last wide releases before theaters shuttled thanks to COVID-19. It was a low-budget Christian indie by the Erwin brothers, Andrew and Jon (I Can Only Imagine, October Baby). My expectations were already low and the final film is equal parts earnest and goofy, but where it goes wrong is with its stretched-out passion play built on suffering.

Jeremy Camp (K.J. Apa) heads to college and falls instantly in love with art student, Melissa (Britt Robertson). He’s a budding Christian musician and gets his big break from fellow “student” and successful musician, Jean Luc (Nathan Parsons). Jeremy and Melissa’s relationship is tested when she is given a cancer diagnosis, but he’s unwavering in his support. They pray for help and struggle for meaning, with Jeremy turning to music for answers.

As with many Christian indies, I’ve discovered that the elements of filmmaking and storytelling are generally secondary to whatever the message is the film wishes to confirm for its built-in audience. So the details don’t really matter as much as the bigger picture, which in this case I assume is to inspire in its audience that even when they are suffering that God has a plan for them. I can see how people can find that topic comforting because one of the nagging questions in theology is over why a loving God would allow terrible things to happen to good people. The best the film can surmise is that there is a “greater good” sort of response we cannot know, and that the death of one person could have ripple effects and inspire many millions more. That’s what I Still Believe is proposing with its true story, namely that the tale of Jeremy Camp’s deceased first wife happened to inspire millions and bring them closer to God through Camp’s music and storytelling over his loss. Either you find that comforting and an answer enough or you don’t, but if you question that logic, then the movie demonstrating this resembles a cruel passion play. 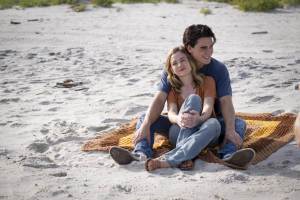 Even before I started this movie, I knew that Melissa was going to die, and I knew her ultimate purpose was going to be to push the man along on his own spiritual and artistic journey. She dies so that you can become a better guitarist, Jeremy. I don’t mean to sound crass considering these are based on real people, and the real Melissa really died, and her friends and family felt real grief. My critical aims are with how the movie handles this and not her real tragic loss. I think many can be irritated when a movie says a character’s ultimate suffering was all to prop up another character; I’m reminded of numerous Hollywood stories about African-American suffering where it props up a white savior character to learn or achieve Important Things. This nagging feeling would have been lessened had Jeremy come across as a more compelling character in the movie and, even, a more compelling artist. He’s a pretty bland white dude and his music is fairly vanilla acoustic guitar soft rock. The music is earnest, it’s pleasant enough, but there’s nothing that really stands out, but that assessment is personal, I admit. I struggle with movies that try to convince me of someone’s artistic ascendance but don’t feel like they back it up with the evidence for that fame. The character of Jeremy onscreen is a nice guy, well-meaning, but he’s more interesting when he’s in the goofy love triangle with Jean Luc. Once Melissa gets her cancer diagnosis, his characterization just gets put on hold. He becomes a loving caretaker and then, once she inevitably passes, he becomes a loving and bereaved husband.

This is where I rankle because that cancer diagnosis comes so early and that is all the movie becomes afterwards, and when we all know where I Still Believe is ultimately heading, it becomes very tedious and arguably garish. The cancer diagnosis happens with an entire hour left to go, which means we’re left to watch Melissa get sick, everyone worry and cry, and when her remission happens with a half hour left to the movie, you know we’re just biding time until it comes back again because what else are we going to do with all this extra time? It’s not like Melissa, fresh from beating cancer, says to her man, “Let’s pull off a heist.” We all know where this is going, so this momentary reprieve and the movie treating it like, “Hooray, look at what prayer has done,” feels downright cruel because we know it’s not going to last. We know the rest of the road ahead is going to be watching her returned suffering, which is the entire movie. It is a passion play where we watch a young woman suffer and die so that we will ultimately get some songs written about her memory and experience. For those outside the target audience, this can become borderline offensive, and from a storytelling standpoint so much is left simply broad.

The most enjoyable parts of I Still Believe for me are how goofy it can be especially with its fuzzy details. This is a movie without any sense of humor and yet it can inspire laughter. Jeremy seems to be attending a school where he never has to do any work. This school is also I guess a regular stop for Jean Luc, an alum who has already become famous and has a backing band, so why does he just keep showing up to perform on this campus? Doesn’t he tour outside the school? Also, Jeremy is almost immediately successful. He’s thrown onstage in what amounts to the film’s Star is Born moment when Jean Luc invites Jeremy to share his special song to a live audience. From there, Jeremy is recording, performing regular to packed crowds, to the point that I questioned when he has a sit-down with his college dean about quitting school to tend to the ailing Melissa, I was shocked he was still attending school at all. Isn’t he just a successful musician now? My opening impression of Jeremy as he goes off to college is positive, as he calms down his impaired little brother who is bereft with the departure. Then over the opening credits he’s playing his acoustic guitar on a charter bus and I thought how rude that would be. But by far the most amusing part of the movie is the love triangle between Jeremy, Melissa, and Jean Luc. First off, every time a character says the name “Jean Luc” with such seriousness I giggled. The actor seems so much older than everyone else, though he’s only two years older than Robertson (who is 7 years older than Apa). The love triangle is enough to keep Melissa from being public about dating Jeremy, and when he presses her on it, she pushes back that he should return the jacket that Jean Luc gave him, as if these are equivalent. And then she keeps bringing it up. Jean Luc isn’t even a character so much as a platform of opportunity for Jeremy and then a contrived obstacle for their blooming romance.

The acting overall falls into that earnest yet occasionally goofy territory of many Christian indies. It’s not quite camp but there are moments where characters are so serious that things feel a tad off, like we’re just seconds away from everyone breaking into laughter. Apa (Riverdale) is blandly appealing but feels very much like Zac Efron lite. He does all his own singing and guitar playing which is more technically impressive than the character he has been given. Robertson showed such promise with 2015’s Tomorrowland and seems to be given little to do here. She’s slated in that dewy role as the Wise Woman Fated For Tragedy, which is kind of like the more somber terminal illness equivalent of the Manic Pixie Dream Girl. Even in her last moments, she seems to have a radiance of knowledge. I wish I could say there was strong chemistry between the leads but Apa has better chemistry with his guitar. Then there are Jeremy’s parents played by Gary Sinise and, surprise surprise, recording star Shania Twain. This is only her third film appearance and she is given so little to do that, frankly, it didn’t impress me much. The best performance in the film happens late when Jeremy meets a fan (Abigail Cowen) who monologues what Jeremy’s songs and experiences have met to her and how they’ve changed her life. It’s a moment that feels emotionally affecting even if you know it’s here to literally remind the audience of the theme. That same woman would then go on to become Jeremy’s wife, so good for them. 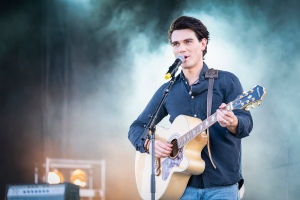 I Still Believe isn’t offensively bad, campy, or even theologically misguided in its view of morality like a hokey Kirk Cameron vehicle. It feels like a glossy made-for-TV movie that just happens to be made for a majority-Christian audience. The message is paramount, and all else serves the message, which means the characters are uninteresting, the story is redundant to the point of piling on cruelty, and the overall earnest tone can approach unintentional goofiness. It feels like much of the film is padding the running time with lengthy musical performances like a concert movie. It’s also a movie without enough story to cover its near two-hour length. Either you connect with the overall message that there can be meaning in suffering or you see past it and take umbrage with the movie presenting a woman’s suffering as character development for a soon-to-be popular musician. This is like a Christian weepie version of The Fault in Our Stars, which was another movie we knew where it would be headed, but it lacks the effort level. The Erwin brothers shoot everything either with annoyingly distracting handheld camerawork or swooping drone footage. The film has technical merit but filmed like it’s a collection of B-roll for some prescription drug ad (all those smiling, warmly lit faces on the beach having fun). I Still Believe is a blandly dull movie built upon extended suffering and extended musical performances. Maybe it knows its audience too well but I doubt anyone outside the flock will find inspiration here.