Confessions of a Shopaholic (2009) 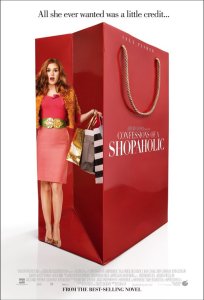 Releasing a romantic comedy about a woman plagued by credit woes in the middle of a global financial meltdown? Doesn’t sound like the best example of escapist entertainment, but Confessions of a Shopaholic is infectious fun, and it’s all thanks to the delightfully funny lead performance by Isla Fisher. She seems like she stepped out of one of the old Hollywood screwball comedies from the 1930s. There’s a terrific hunger in her eyes and the woman knows how to punctuate a joke. The movie itself isn’t too shabby either. As far as formulaic romantic comedies go, this is one of the better ones in recent years. It has a little dash of everything, from slapstick to farcical thriller to romance to even some mildly potent drama. Director P.J. Hogan (Muriel’s Wedding) keeps the movie light and fun and even spruces up the flick with some interesting visuals, like animated CGI mannequins that come alive to tempt Fisher. Even though the movie holds onto a sitcom level plot for too long (mistaken identity), Confessions of a Shopaholic is a far worthier piece of entertainment than typically found in the rom-com genre, and Fisher is a comedian to rival the best.