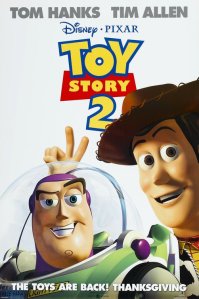 There is a false prejudice circulating the land of merry movie goers as they skip from one theater to the next. This assumption is that animation is a kids only event, that’s it’s something to appease the screaming masses under three feet of height. Lately movies are giving more credit to the cause that animation can be a wonderful escape and isn’t just for the kids.

Animation can take people to worlds that otherwise could not have existed, and so is true with Princess Mononoke the 1997 Japanese import with a fresh English dubbing. Mononoke speaks of the battle between harmonious nature and forging industrious man. Often the film displays such scenes of visual passion that it seems like an animated love letter to those wishing to venture out to find it. The story is vivid and non-judgmental, you see the stories and reasons behind both warring forces and not everything is easily black and white. The English dub does not distract from the overall enjoyment as many professional actors yield their vocal talents to this masterpiece. Princess Mononoke leaves a spellbinding impression of intense ecological thought and aching beauty. The best anime has to offer. 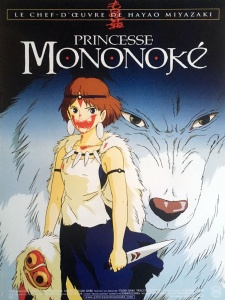 At the other end of the animation spectrum lies Toy Story 2, the kid friendly three-dimensional quest of action figures and plush dolls. What is amazing about Toy Story 2 is how it not only matches its ground breaking predecessor but even surpasses it both in visuals and story. Story is packed with sly humor not just for kids, and it contains a poignant message about mortality and what one seizes with the opportunities they are given. The animation is mesmerizing and the humor is fast and fierce. Toy Story 2 proves that not all sequels are bad ideas.

Fresh from the gate are two examples of the great gifts animation has to offer. Couple these with the wonderful The Iron Giant, a ferociously funny South Park movie, an okay Tarzan, and the upcoming Disney redux Fantasia 2000 and it appears to be a solid time for animation. Go out and see some.

Nate’s Grade: Both movies A