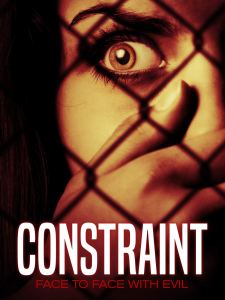 Please read PART ONE if you have yet to as I try and better articulate my questions over this Columbus, Ohio indie and its confounding creative decision-making. Dear reader, I am going to take you live through this very intellectual and artistic assessment as I continue to watch Constraint.

The main plot revolves around Oracabessa (Brooklyn Sabino Smith), a young cellist, who becomes entangled in a web of human traffickers, led by Tuco (Ralph Scott).

I am now 45 minutes into the movie and screamed, “What?” to my screen. Oracabessa (Brooklyn Sabino Smith) is once again playing cello for a ballet class and the instructor doesn’t like the musical selection. She requests Wagner, and Oracabessa says she won’t. The instructor is animated and agitated and demands to know why she can’t play the composer. “I didn’t say I couldn’t play it. I won’t,” she replies. Why? Is this going to be like some character moment like in La La Land where Ryan Gosling gets fired for refusing to play the holiday music his boss asks for as dining accompaniment? I would think refusing to play what a client was requesting could cease in you getting more work from that client. And considering this one ballet class is the only thing we’ve watched her do for money, I wouldn’t be too pushy.

Oracabessa sees Tuco walking along the street again which begs the question of how protected does this guy think he is? She follows him but the ensuing tailing sequence goes through a blender of edits so it more implies the chase than allows it to establish. She then joins the college professor, and Derick, and others at a hookah bar to translate a French speaker. “What about having your own racial identity?” Why does this scene exist in a story about sex trafficking? Is the professor Oracabessa’s sister? Why was this never established earlier? There’s now a discussion over whether or not Jewish people should be defined by the Holocaust and its impact and it’s like a family dinner squabble, still with the omnipresent ADR dialogue, and I’m starting to lean into the arbitrary madness of Constraint as it further infects me.

We transition back to the life of Tuco, our beleaguered sex trafficker. He kills a guy for being late to a drug deal and I cannot say but this might have been Oracabessa’s brother from the previous family dinner scene. Tuco has his kidnapped women line up in their underwear so they can be “inspected” by his superior. He warns them not to “embarrass him,” though I have no idea how that would be achieved. And then the women start stripping off their clothes and the camera angles are PURPOSELY AIMED to highlight their full-frontal nudity, even one side view that captures all three women’s breasts in a row while cutting off their heads. That’s when I stood out of my chair, cursed this movie out loud, and paced around the room in building anger.

Nudity in film by itself doesn’t have to be sexual or gratuitous, but this nudity is meant for titillation, framed for this purpose, and to squeeze this into the context of sex trafficking, a very depressing and all-too-real reality for many, I felt extremely grossed out. The scene doesn’t need visible nudity to feel the distress and vulnerability of the captured women. I love exploitation movies as entertainment, and have even supported a few financially, but story context and tone are key. The women of this moment are there to be objectified and the camera objectifies them too. You know how I know how these actresses felt about this scene? None of their last names can be found in the film’s credits, so I don’t think they were too happy to have their full names associated.

We now transition to another new perspective, this time Nicolas’ parents (Dino Tripodis and Kristina Kopf, The Street Where We Live). “He experimented with something exotic,” the father says, and I don’t know if this implies that dad is racist for thinking “black” equals “exotic.” This entire scene feels even more student film-esque than the rest, with the editing choices and the characters dancing around critiques of domesticity and parenting. The wide angles that suddenly cut to extreme close-ups of faces, the jump cuts, and ADR sound design, it’s all starting to make this feel like a foreign film that’s trying to be New Wave arty. “You didn’t even leave your son with the hopeful illusion that maybe his parents were in love at one time,” mom says. The dialogue in this movie feels like it was written by an A.I. at many points. Nicolas later confronts dad who is apparently out on a date with another woman, and he does so with his mom in tow. “My whole life, the one thing you’ve been good at, is making people cry,” Nicolas bemoans. The wide shots showcase a bar/restaurant with nobody else in attendance, again another mistake with revealing the limitations of filmmaking. Now the scene is suddenly in black and white, so is this an established flashback? If the whole thing was a flashback for Nicolas then why wasn’t it all coded in black and white? Wait, then Nicolas’ own voice over narration is coming in while dad is talking in the present. We then pull into a flashback of Nicolas telling the story of meeting his divorced father in the park to Oracabessa, so we witnessed a flashback-within-a-flashback for a side character. “What would you say is the most devastating thing to happen in your life?” he asks Oracabessa. Sheesh, if this is your pillow talk no wonder she dumped you, dude. There’s now a flashback 23 years to Jamaica with Oracabessa’s biological father. There’s an ongoing streak of whispered poetic voice over from Terrence Malick films. What movie am I watching now? I can’t keep up with the shifting perspectives and visual vocabulary that keeps being broken so flagrantly and randomly.

Folks, the erratic edits have not gotten any better and a conversation will randomly jump from four different camera positions from line to line to completely obliterate flow.

Derick and Nicolas are fighting over Oracabessa, who doesn’t want either of them, and then Oracabessa is playing at a big recital, and again I have to remind myself this is supposed to be a movie about sex trafficking but it’s playing like some small-town ensemble piece (why else do the same people keep running into each other in a city of over a million?) but like a Christopher Guest mockumentary (Waiting for Guffman) played straight. Why does Tuco even attend this recital?! Oracabessa follows him and the chase has several nice camera angles for a low-budget indie, and it’s also edited in a way that maintains the suspense and is readable for the audience, going from better selected angles to convey the progression of the chase and Oracabessa following closely. The music, however, is way too overwrought and we watch Tuco go into a restaurant, eat, and then leave with Oracabessa following again. Why did we need a pitstop? She didn’t even go inside.

Tuco finally ambushes Oracabessa and runs her over, which triggers a flashback of her son (?) she confessed she lost (in the flashback with Nicolas) being run over in the past. The way the scene plays doesn’t make it seem like she was witness to this event for recollection. Nope, it’s just a kid that Oracabessa’s father ran over while she was a child, which explains why she could recall this moment but also makes it too confusing for an audience to adjust to what is being thrown at us without context as it plays. It wasn’t even in black and white, which is the established code for flashback. A drunk driver then plows into Tuco’s car, which smashes into Tuco, finally killing him and setting Ralph Scott (Minus One) free from the earthly bonds of this movie. Oracabessa takes his I.D., gun, and sets off, presumably, on a path of righteous vengeance as she… wanders into the woods, but what do I know?

So this one woman had her father run over a child, abandon her, then she lost a child of her own, and has been stalked by human traffickers. This is getting into telenovela territory of melodrama. And so ends PART TWO of my real-time review of Constraint.